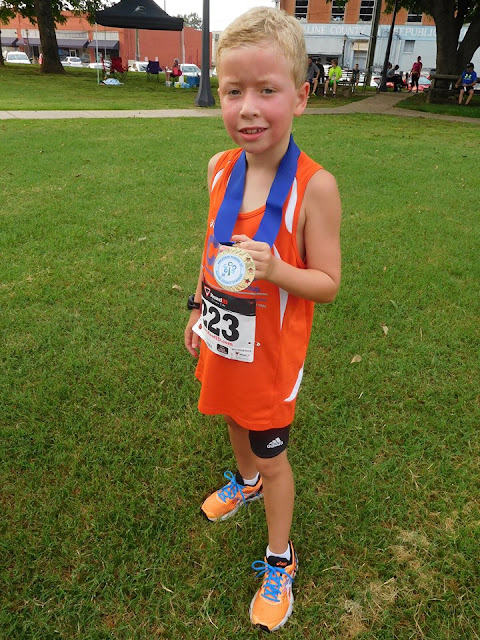 It’s been a long time since the last Running Down a Dream blog entry but it isn’t because Braden hasn’t been running…mainly it’s been because I’ve been swamped while at Fort Hood, TX. Luckily, all the races he’s ran have been short road races or track meets, so there won’t be a whole lot to talk about with race details.


Braden’s first competitive day after I had left was a REALLY LONG one with a combination Grand Prix race and AAU track meet on June 11. 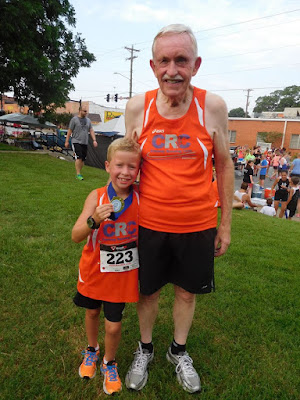 His morning started at 7:30 a.m. with the Arkansas Runner 2 Mile race in Benton where the humidity was high and the course was hilly. Braden has set a PR a few months earlier at the Chase Race with a time of 14:51 and he wasn’t feeling his best at that run, so I had hoped despite the heat and the hills, his time wouldn’t be that far off. 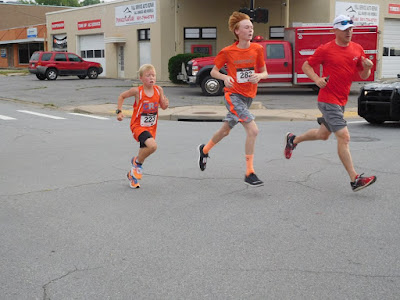 Braden had 13 other boys in his age group who were running against him, which made it one of the larger groups of kids he’s had to run against. He said he felt pretty good, and his first mile was reflective of that as he finished at a 7:15 pace but then the humidity and hills got to him and he finished his second mile at a 7:57 pace and a total time of 15:26. Even though he was a little disappointed with his time, he still finished in first place, which enable him to pick up all 20 points in the Grand Prix standings. 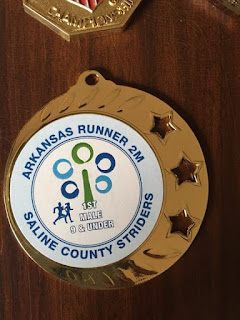 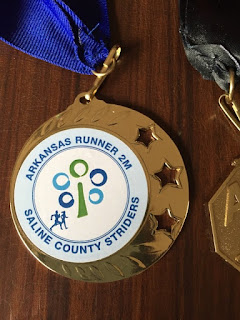 Normally he would stick around for the awards, but he had to hurry up to get to the AAU Arkansas District Qualifier in Hot Springs. By the time he got to Hot Springs, the temperatures were starting to rise and the AAU officials were running about two hours behind!! The poor kid had to wait in the heat for hours before his first race took place. 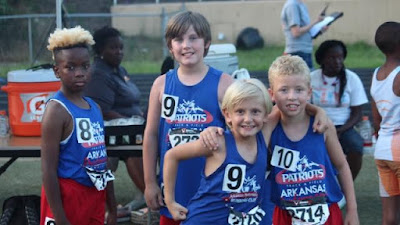 Braden’s first event was the javelin, which was the first time he had done a field event in competition. Prior to the beginning of the year, he had wanted to do something else to supplement his running and I figured the javelin was more up his alley. He did really well for his first time, coming in second place with a 47 ft. throw against five other kids.

Because of the javelin competition happening at an adjacent field, Braden almost missed the start of the 1500M run. His race started at 1:00 p.m., which is a terrible time to have to start running long distance events! He didn’t have anyone in his age group to run against, but they still lumped him in with all the older kids so as to not make the meet take even longer. He finished with a time of 6:54.95 which was way off his PB from a year earlier. 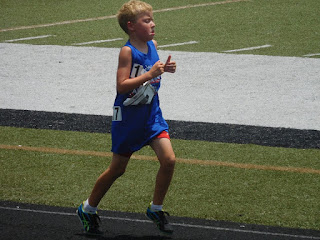 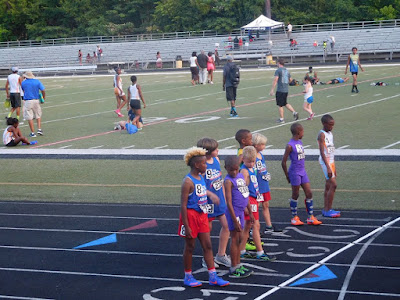 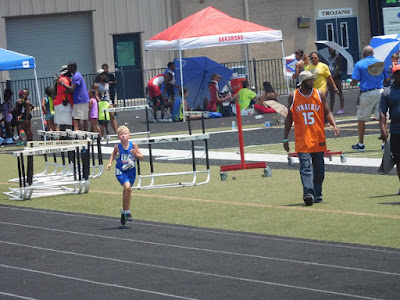 Overall, he took home two golds and one silver medal from the meet, but his track running wasn’t nearly what it should have been, but I chalked it up to him having such a long and exhausting day. Unfortunately, future track events would show that something isn’t right with Braden this season. 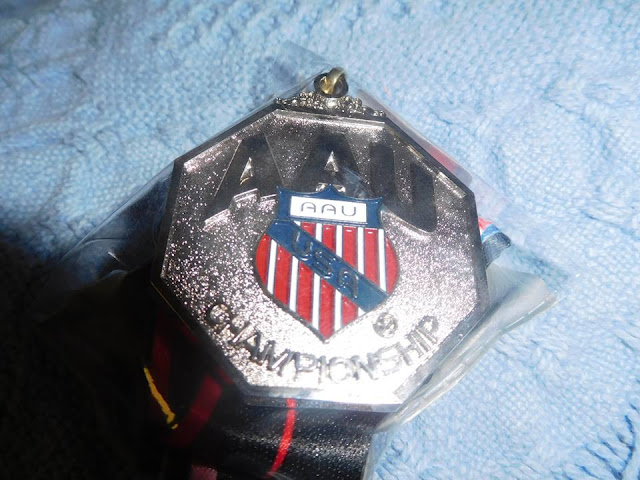