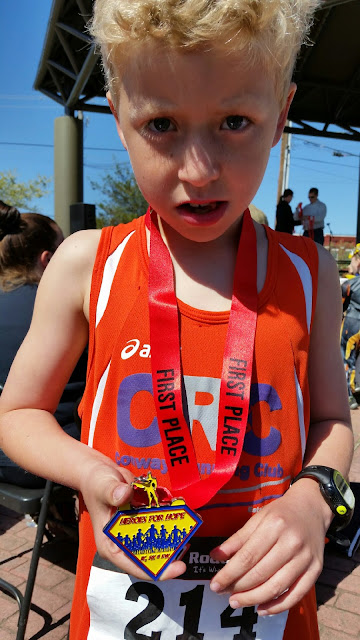 After having some issues the previous week at the Capital City Classic 10K, Braden looked to improve on his performance at the Heroes for Hope 10K in Conway, and what made the event even more special was that the race was on his 8th birthday. Little did he know, for a present, he was going to run a little further than he anticipated!

For the first time in a long while, Braden was pretty much on his own for this race since I was out of town for military training and his papa Bernie (along with the rest of the family) was down in Florida for the funeral of his great nana Larson. This meant my parents were responsible for the race day logistics of getting him prepared and ready to run. My father rode his bicycle around the neighborhood while Braden got in a 5K training run and he informed me that Braden was seriously fast, especially while going into a head wind that made it difficult for my father to keep up. I had to laugh as I mentioned to my father that I had been telling him for quite a while that Braden was a fast little dude! 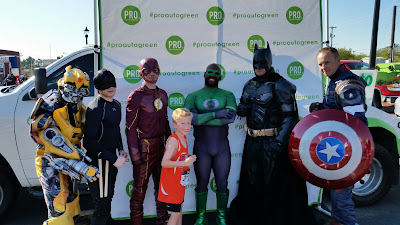 The conditions on the day of the race were breezy and cool. I had noticed at the previous race Braden was getting a little hot wearing his long shirt and pants, so I instructed him to wear his shorts and sleeveless tank for the race, but to wear a jacket before to keep warm. Since it wasn't a Grand Prix race, I told him to position himself close to the start line so he could get off to a good start. He told me he wanted to break under 50 minutes and he felt great about his chances. 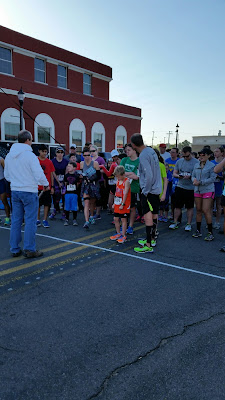 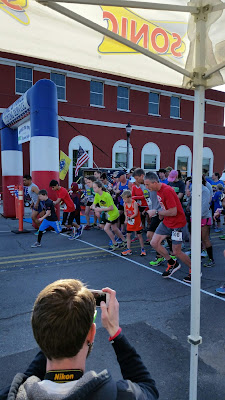 Braden told me everything was going good and he was a part of the lead pack at the first quarter of a mile. That's when things apparently went wrong. The lead runner and the rest of the lead pack (including Braden) didn't turn when they were supposed to and went one street further before turning. Apparently the race officials didn't mark the turn or have any one placed to give directions, which subsequently caused the confusion. Because of the error, Braden would end up running an extra .17 miles. My parents texted me to tell me what happened and my only hope was that it wouldn't ruin his placement in the standings or cause him to put up a bad time.

Braden's splits for the first 3 miles were the following: 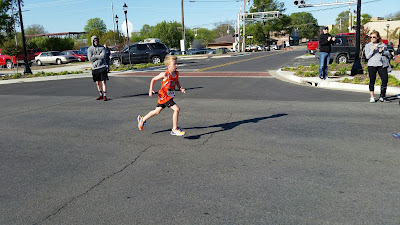 From what I could tell from the Garmin, Braden slowed up a little over the next couple of miles before speeding up and bringing it home the last mile and change.

His last 3.2 miles and extra distance were the following: 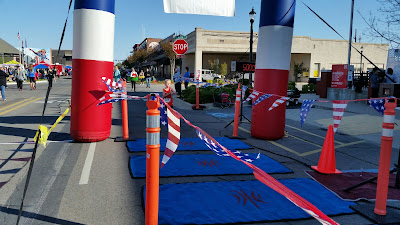 Braden crossed the line with a finishing time of 50:00 (an 8:04 pace), which equaled his race goal, but if it there had not been the mess up at the beginning of the race, he would have most likely finished with a time of around 48:40, since his Garmin registered a 7:51 pace. He was okay with his time, but in the same respect was irritated because he knew it would have been better if not for the error.

Braden not only finished 1st in his age group amongst two other boys, but he was especially happy to find out he finished 5th overall amongst 56 other runners! With his new age, the age-graded percentages he's used to are now a little more difficult to obtain. Last year it took until August before he was able to break the 70% threshold, but his running has improved so much that for this race he had a percentage of 70.72% (could have been 72%) for his first race out the gate. It's really exciting to watch him grow and progress at the pace that he is and I can't wait to see (from a distance) what his 8th year will bring!

Below is the video of Braden finishing at the 9:40 mark:

The next race on the docket for Braden is the Fly Like an Eagle 5K in our hometown of Vilonia. Braden is excited about this race because it gives him a chance to run with some of the high school cross country boys and he is looking to redeem himself after having his worst race at this event last year because of being sick with strep during the week leading up to it. 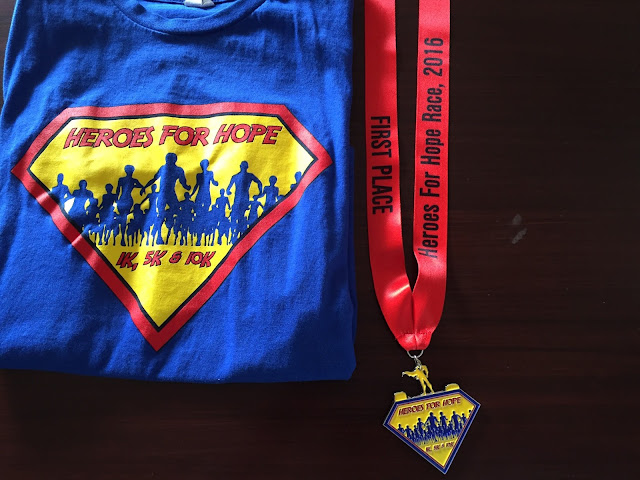 Posted by Running Down a Dream at 6:12 PM