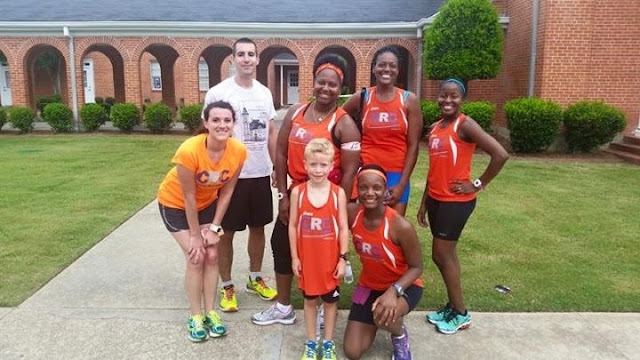 This past week, one half of the father-son duo got to run at the Arkansas Runner 2 mile race in Benton, Ark. I had work commitments, but Braden's papa, Bernie Larson, took over race logistics as Braden was looking to break a PR he had set at the Chase Race & Paws event from a few months earlier.


Most of Braden's training lately has been of the track variety with the Arkansas Performance Running Club in preparation for the Arkansas USA Track & Field Championships. Braden has mainly been focusing on the 800 & 1500 meter events and we were hoping the track work would translate to a fast time for the 2 mile event. His previous best times was 17:12, so we set a goal of him finishing with a time of 15:30. 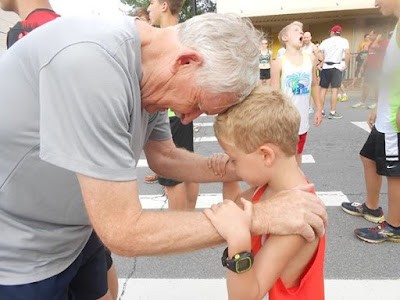 Braden's first half mile was setting himself up with finishing with his goal time, but the next half mile he slowed up to come in with an 8:15 pace for the first mile. Usually he negative splits and runs a faster second half of a race compared to the first; but this time he didn't. His pace over the next half mile slowed down and then at the 1.5 mile mark he really dropped off. He said his legs got tired and he had to walk some, and because of that his time suffered for a quarter of a mile. From there, he kicked it into high gear for the last quarter mile, finishing the last mile at an 8:38 pace. 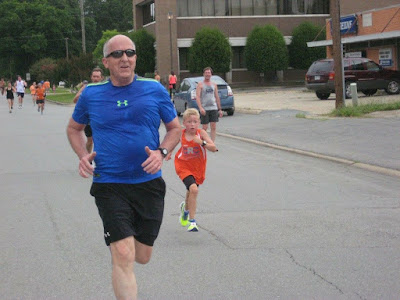 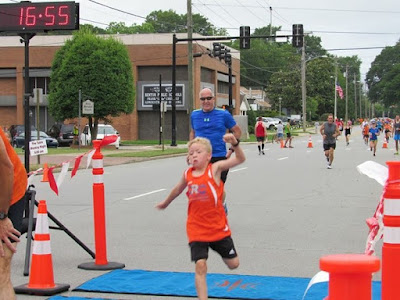 Despite the quarter mile hiccup, Braden finished with a time of 16:55; setting a new PR by 17 seconds and coming in first place in his age group!

Interestingly, when I asked him how his race went, he mentioned that he came in first, but he talked more about not running at the time he wanted. He's getting to the point where he is really wanting to make marked improvement on his times. I explained to him that a PR is still awesome and there just may be times he shaves seconds off his time instead of minutes.
Since this was a Grand Prix non-championship race, Braden picked up 20 more points and is still in first place with 150 points in the Grand Prix standings.

Coming up next on June 20 is a big running day for Braden! He will start off the morning with the Grand Prix championship Go! Mile race at the Clinton Library and as soon as we finish, we will then rush over to the University of Arkansas- Little Rock track for the the USATF meet. At the meet Braden will run the 400, 800, and 1500M races. If he places in those distances, he will run in the District 9 USATF Regionals in Tulsa, Okla. in July. 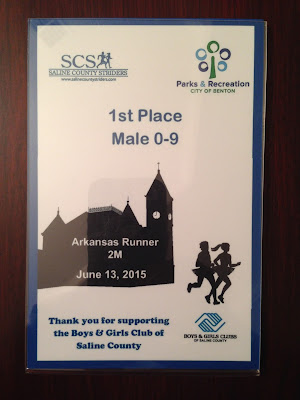 Posted by Running Down a Dream at 4:32 PM