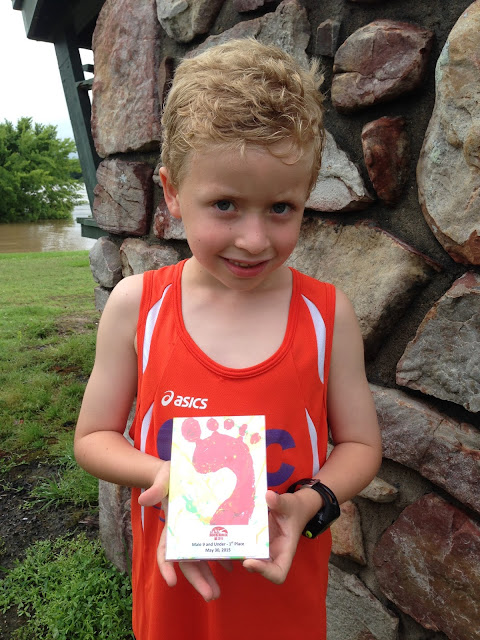 The Arkansas River was flooding...the rain finally quit...and it was HUMID...welcome to the Easter Seals Rock Run 8K!!!!

For the first time in a good while, Braden was feeling 100% heading into a race (his previous three races involved upchucking before, during, or after a race), so it was nice to see him completely healthy for the Rock Run.

The only thing we were concerned about going into the race was if the course would be flooded and if Mother Nature was going to cooperate with us. All week long, including 24 hours prior, the weather forecast was constantly changing and right before race time the light rain that preceded it stopped. 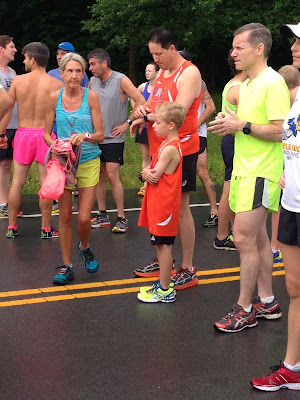 The first mile of the race was going great and we were maintaining an 8:27 pace with the cooler temperatures, but the next three miles were arduous. The humidity started to kick in, and with that our pace steadily got worse with each mile. Our splits were the following: mile 2 was at an 8:40 pace, mile 3 an 8:53 pace, and mile 4 was a 9:04 pace. 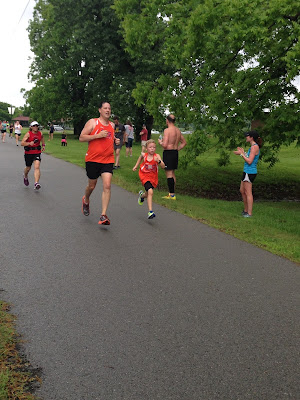 I never hit the water stations on a 10K or shorter distance, but the last watering hole at mile 4 couldn't come soon enough for me and the boy! Once we got some water and he knew we had a mile to go, Braden put it into gear and finished the last mile at an 8:18 pace. We finished with a time of 43:21, which was only 41 seconds off our goal time, but taking into account the humidity, I felt like he did an excellent job! If it wasn't for the humidity, I know he could have definitely finished below our goal, but we were fortunate that the sun did not come out, or his time could've been worse...it was really draining. 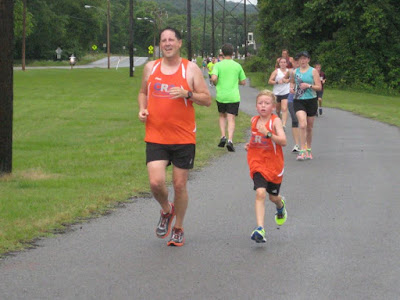 With his result, Braden came in first place in his age group and he also claimed the maximum of 20 points for the Arkansas Grand Prix since it was a non-championship race! He now has opened up a pretty good lead in the standings and his next race will also be a non-championship run at the Arkansas Runner 2 mile event in a couple of weeks. He will have a lot more competition at that race since it's a shorter distance. 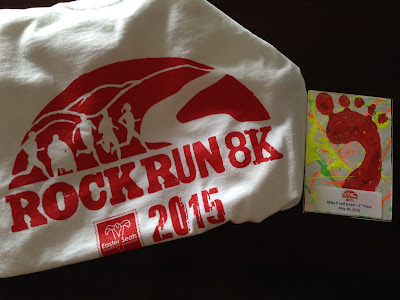 Posted by Running Down a Dream at 2:31 PM